This time last year, October 2020, our companion pony had to be put to sleep. It was a very sad day and the short piece that follows reminds me of how much love is a filter for all of our other emotions. 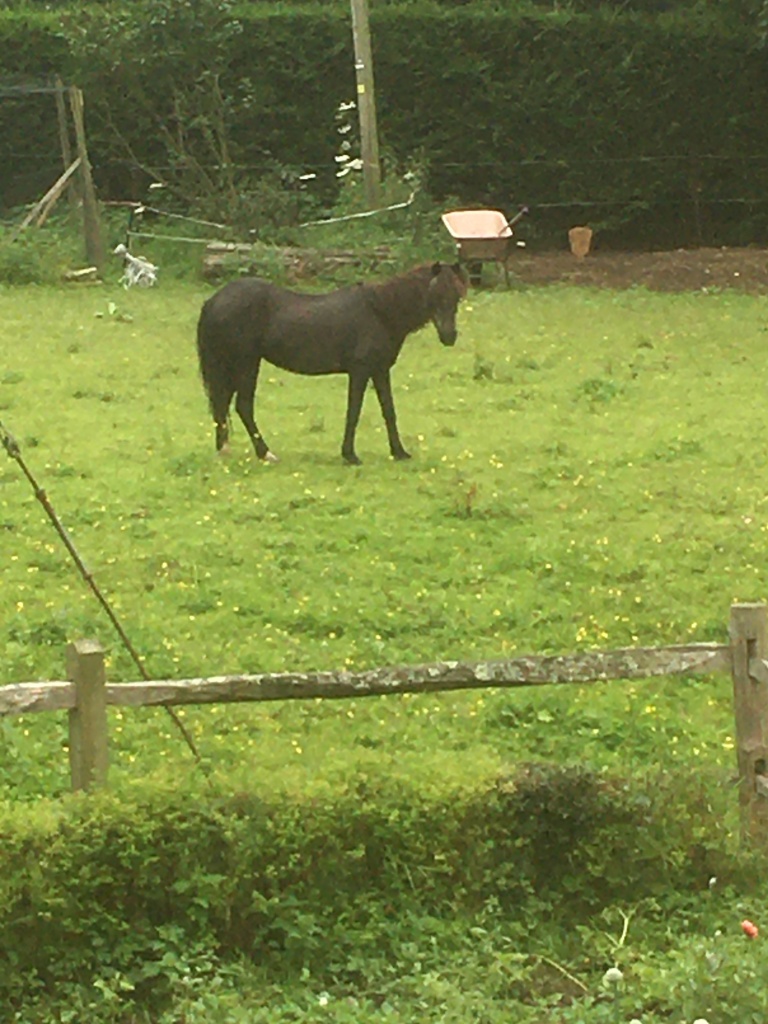 Since Dolly died we have had a new and unexpectedly sparky addition to the family. The Greyhorse didn’t immediately fall in love with Birdy; he still grieved for his wheezy little Shetland. But after a few weeks this fiesty little Welsh Section B mare won his heart.

It’s only a pony but only a pony is so much more. When the vet said “she can’t go on like this” it was bad enough. When he ran through the vital signs, “heart’s racing, breathing 47 breaths a minute, and should be 22” When he sighed a heavy sigh and gave us that long look. Little Dolly staring blank at the soft autumn air. The Greyhorse standing off pulling at his hay, suddenly nodding every minute or so, squirrels bold bouncing across the ground to hide acorns almost as big as their heads. The air was so still in that moment, and there was no longer the crackle and wheeze of Dolly’s breath. Her lungs had so much scar tissue that there was no movement sufficient for a crackle or a wheeze. She stood with her hind legs stretched behind her ignoring the remains of her lunch. We’d been desperately tempting her with all sorts of yummy food, every hour something else, every morning looking in hope to see if she’d finished her last night’s food. But she didn’t and now it was time.

It’s only a pony, but only a pony is so much more. Two weeks before we had heard awful news of the death of an old friend. A friend whose death was expected, though not so soon. It was too soon, always too soon for those we love. And standing there in the golden light Dolly was waiting. Standing there in the golden light there was a door, a passage slowly widening, and slowly filling with immense leaden sorrow. Sorrow for those left behind, for those whose strength is falling away, for those whose life is soon ending. And through it Dolly passed, gently, easily and soon lay still, still with us but gone. All that we have lost remains somewhere, somehow.

It’s only a pony, but only a pony is so much more. We can’t go to the funeral because there are limits on gatherings, so disease is our shepherd.

It’s only a pony, but only a pony is so much more. We can’t visit the frail because we might kill them. They might kill us, so disease is our shepherd.

It’s only a pony, but only a pony is so much more. The shepherd is waiting. Good bye Dolly.

Buy me a cup of tea